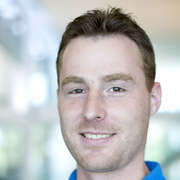 I am Florian Beutler, an Associate Professor (Reader) at the the Institute for Astronomy in Edinburgh, UK. After my Ph.D. in Australia, I became a postdoc at the Lawrence Berkeley National Lab (October 2012 - February 2016), followed by a short postdoc in Portsmouth (February 2016 - June 2017) and a Rutherford fellowship (June 2017 - December 2017). Currently, I am funded through a 5-year Royal Society University Research fellowship and an ERC starter grant. I am working in the fields of cosmology and statistical methods. Broadly speaking, I am using the distribution of galaxies to test cosmological models focusing on dark energy, dark matter and inflation.